You Can Go to Jail Over Unpaid Withholding Taxes

Corporate Officers Can Go to Jail Over Corporate Taxes 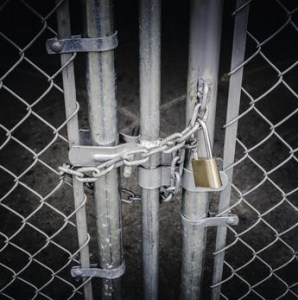 If you’re a corporate officer, you can go to jail over failure to pay federal withholding taxes, also known as trust fund taxes. In September, Mr. James Douglas Pielsticker, the former CEO of Arrow Trucking was sentenced to 7.5 years over unpaid payroll taxes, and the CFO, Jonathan Leland Moore, was sentenced to 35 months in prison for conspiracy to commit bank fraud and to defraud the United States.

If you’re in business, or if you manage a business, send withholding to the IRS or face the consequences.  Now, in the case of Arrow Trucking, what the CEO did was egregious – and dumb – because instead of paying the government, he was buying a Bentley, a Ferrari, and making other lavish purchases.

But make no mistake, the feds take payroll taxes, also known as trust fund taxes, even more seriously than income taxes. Trust fund taxes are those which are withheld by the employer from the employees on account of their personal income and social security tax obligations.  The employer bears the burden to truthfully account for and pay the trust amounts on time.  In fact, the employer is viewed by the government as a fiduciary, because he is holding money in trust that does not belong to him. And when the CEO of Arrow used money that did not belong to him for personal use, the government viewed that as theft.

Are You a Responsible Person in the Eyes of the IRS?

NOTE: I strongly suggest you get the help of a lawyer if you could be tagged with the responsible person label. One responsible party can get stuck with the entire liability while others may not pay a dime. Think of it like musical chairs, where one unlucky person can be SOL.

The IRS can assess a Trust Fund Recovery Penalty against every responsible person pursuant to Section 6672(a).  As unfair as it may see, you can be slammed with a penalty even if you were unaware that the withholding was not being paid.  And the trust fund penalty can be assessed against numerous persons. The IRS will go after every responsible person with a vengeance.

The IRS also will not hesitate to shut the business down if there’s a withholding tax problem.  It’s often wise to file a due process collection appeal immediately and get the matter out of the hands of a rabid Revenue Officer.

The lesson to be learned is that the IRS does not collect all taxes with equal vigor. The IRS has no sense of humor when it comes to payroll taxes withheld from wages that are not promptly paid to the government. Any responsible person can be slammed down between the pavement and the hard ground if the government believes they are the victim of theft.